Methodology for Application Porting on GPUs

No one can contest the benefits of running complex and computationally intensive engineering applications on GPUs over CPUs.  Algorithms like video processing for image detection and tracking, pattern recognition in 3D space can all be performed at high speed and GPUs can drastically bring down the processing time of these applications.

Many OEMs and ODMs manufacturing products and solutions that require high processing are switching to GPUs. However, these companies are facing the challenges of porting the already existing, tried and tested algorithms on to GPUs. Modern programming frameworks, such as NVIDIA’s Compute Unified Device Architecture (CUDA) have made programming on the GPU more straightforward and friendly; however the challenge is to optimize the code for performing effectively on GPUs. In the projects that we have executed at eInfochips, we have noticed that the benefits of fast processing can only be derived if there are adequate steps followed from the beginning of the porting stage. Hence we have derived and documented our tried and tested methodology for application porting on GPUs. This methodology is carried out in three phases to help derive the benefits of GPUs.

This phase is intended at identifying if there is any parallelism possible and to weigh the costs vs the benefits.

Once these benefits are established , we move on to the actual porting of the algorithm.

This phase involves the following steps

NVIDIA and third parties provide drop in GPU accelerated libraries that can be used to quickly port applications on GPU. Libraries like cuFFT can replace open source FFTW and cuBLAS can replace MKL BLAS.

Programmers should always keep in mind the importance of testing and this should be done iteratively at each stage.

eInfochips is a consulting partner for NVIDIA and helps customers port applications of various platforms including Tesla, Tegra and Quadro. Apart from application porting, eInfochips also supports customers using GPUs in their product development program with the following services 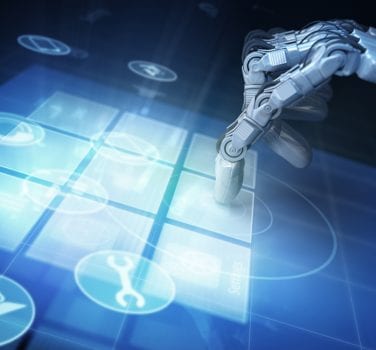