Controlling Prosthetic Limbs with Thoughts is now a Reality!

Imagine a loved one who lost one or more of his limbs in an unfortunate accident. While prosthetics have been around since at least the latter half of the 19th century, as any amputee would tell you – nothing can mirror the quick, easygoing reflexes and brain-controlled mechanism of appendages for the human body designed by Mother Nature herself.

However, Artificial Intelligence (AI) for medical industry is set to change the equation. With the integration of microprocessors into the prosthetic hand and the human brain, the subject can now move objects almost as dexterously as if were possible with natural limbs. So, if the whole idea was about “grabbing two red dices“, in near future, the subject should be able to maneuver his limbs to get a hold of two dices with a few affirmative thoughts, mirroring the perfection of natural limbs.  Wouldn’t that be great, a world of new hope for amputees with so many degrees of freedom.

One can appreciate that so far, shoulders and nerve endings that controlled movements of prosthetic arm joints including the elbow, wrist and hand were units independent of each other. Without damaging the nerves, these endings can now be redirected to a working muscle module and attached to a set of chest muscles. This would create a new set of artificial limbs with advanced functionalities as below: 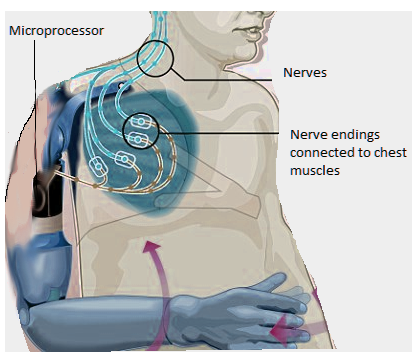 The astonishing capabilities of such an efficient artificial prosthetic system include:

Microprocessor-based prosthetics have couple of advantages over body-powered prosthetics as they use battery and electronic motors to function instead of straps and harness.  As body-powered prosthetics use strapped cables and harness, an individual needs to mechanically manoeuver the artificial limb through muscle, shoulder and arm movement.  While they are durable, they often sacrifice natural appearance for moderate functionality. With time, the process becomes tedious. On the other hand, in microprocessor based prosthetics, the user has direct control through a thought and feedback mechanism. In addition, the user can control the strength and speed of limb’s movements by varying muscle intensity.  Additionally, the acute sensors and motorized control adds greater dexterity.

Another important advantage is that the microprocessors provide the ability to modify control mechanism and inputs characteristics quickly as they are reprogrammable. Microprocessors can accept a wide range of input devices that can enhance an individual’s prosthetic function, allowing diverse control options for individuals.

The current development of microprocessor-based prosthetic control for individuals with upper limb deficiency has considerably expanded the possibilities of advanced treatment options too. Such technological innovations created with the help of artificial intelligence can change the whole era of the medical & healthcare industry. 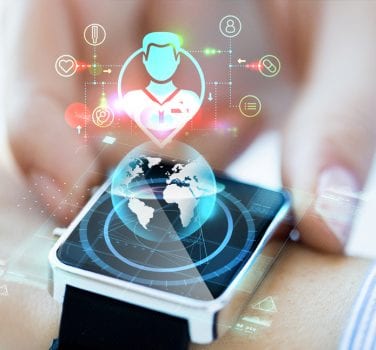 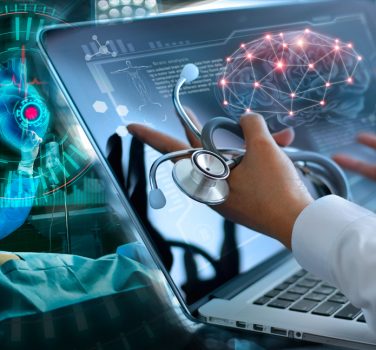 Design Parameters for Wearable Devices in the Healthcare Industry