Avionics, being a mission-critical industry faces several challenges in meeting safety regulations as it focuses on improving and assuring passenger safety. Human error is still the leading cause of aircraft accidents. A minor glitch can result in a catastrophe. Aside from the human cost of accidents, aircraft repairs put airlines under a lot of financial strain, as these issues may cause flight delays and cancellations.

According to a report by MDPI, maintenance is a leading contributory factor in almost 12% of all aircraft accidents. To avoid these kinds of incidents, several aerospace and defense contractors have started investing in Augmented Reality (AR) technology since both these industries are well-positioned to use AR.

Augmented reality trends in the Aerospace and Defense Industry

Technology and Components of Augmented Reality

Augmented reality trends in the Aerospace and Defense Industry

Engineers and designers in the aerospace and military sectors realized the usefulness of Augmented Reality in the early stages of the platform and system development. The ability to prototype and manufacture new equipment using AR substantially speeds up the prototyping and development process, saving time for the development of new products. NASA is using AR technology developed by Lockheed Martin to fasten the construction of the Orion spacecraft.

Engineers can also use AR to investigate and address technical issues such as wiring issues, design challenges, and so on. Safran has developed a new AR technique to improve aircraft wire repairs. This revolutionary approach, now available to airlines, significantly decreases the number of times planes must be grounded for maintenance.

Human errors will always remain in every sector, and the aerospace and military industries are particularly wary of relying on 100% automation in manufacturing and maintenance. As a result, companies are already merging AR with human support. The integration of human and Augmented Reality will simplify and improve manufacturing and maintenance aspects and save time and money in product development or maintenance of the existing ones. Boeing Inc., a major aircraft manufacturer, is supplying Augmented Reality glasses to its workers to help them through the manufacturing process and normal aircraft maintenance.

Donecle, a French firm, provides a drone-based solution that is ten times faster than the existing traditional and human-involved approaches, to inspect an aircraft. Their innovative technique combines a fully autonomous drone with image analysis algorithms to find flaws in the aircraft’s body.

It is crucial to create a safe and realistic training environment for both commercial and defense pilots without endangering their lives. So, we can build a Mixed Reality environment by combining Augmented Reality and physical environment, making it easier to train aircraft pilots and reducing the likelihood of disasters.

Rolls-Royce and Qatar Airways have stated that they are using Augmented Reality to train their engineers. They are employing HTC VIVE technology that creates an immersive world by using multiple characteristics including sight, hearing, and touch.

Augmented Reality along with Artificial Intelligence and Robotics opens up new opportunities for Military exploration operations. With the combination of these technologies, it is now possible to send a low-cost drone into a disputed zone for swift intelligence, send back information to the controller, and reconstruct a 3D model of the geography. Microsoft just received a contract from the United States Army for more than 120,000 HoloLens AR headsets.

Technology and Components of Augmented Reality

Augmented Reality devices include high-speed processors, input devices (camera or webcams), various types of sensors, and display units (smartphones, handheld devices, smart glasses, or head-mounted displays). These are incredibly small components bundled into a comfortable wearable gadget. These gadgets require a considerable amount of processing power and include components such as a CPU, flash memory, RAM, GPS, GPU, Wi-Fi, and Bluetooth. Many sensors, such as an accelerometer, infrared sensor, and gyroscope are attached to the device to convey the user’s interaction with real-world things to the processors.

The functioning of AR products relies heavily on their software. D’Fusion Studio is an Augmented Reality application development platform. It provides the tools you need to build a wide range of immersive AR experiences. You can modify 3D images, use marker-less tracking and gesture detection, and easily organize and deploy sophisticated Augmented Reality situations.

For generating virtual pictures, 3D software is utilized, which overlaps the image of the real world. Some examples are AutoCad3D, Cinema 4D, and StudioMax.

Remote servers or cloud-based servers play a vital role in maintaining the database for the scanned virtual picture, along with the hardware and software components. When the Augmented Reality program makes a request, the remote server fetches the stored virtual picture from the central server’s unified database and hands it over to the requesting application.

Pratt and Whitney: The Canada-based firm announced an agreement with IBM and Dassault Systems to develop the industry’s first engine utilizing digital technology across the whole design and manufacturing process.

Aero Glass: Aero Glass has a headset that the pilot may wear to observe the cockpit control information like altimeter readings, fuel pressure, heading, and oil temperature on a display that fits in the headset’s glass section.

Air New Zealand: The firm uses Microsoft HoloLens for its cabin crew in partnership with IT service provider Dimension Data. The airline predicts that in the future the flight attendants may get to know passenger information such as flight facts, time since last served, and even the passenger’s emotional condition on the Microsoft HoloLens mixed Reality-based headsets.

As you now know, the current and future applications of Augmented Reality are enormous. One must understand the nitty-gritty of this technology to efficiently use it in their business.

With over 25 years of end-to-end product development experience, we, at eInfochips have provided technological solutions for cutting-edge technologies such as Augmented Reality and Virtual Reality. With technology partners such as Qualcomm, Nvidia, Texas Instruments, and NXP, eInfochips has a deep understanding of various platforms.

For more information, get in touch with us. 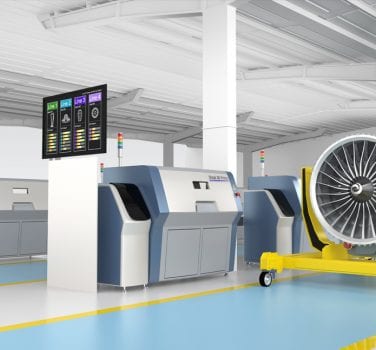 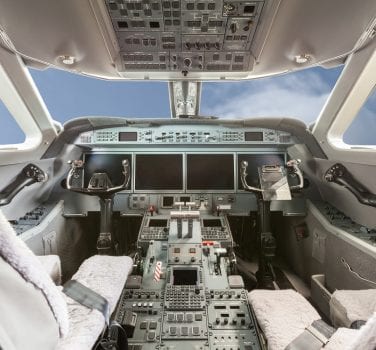 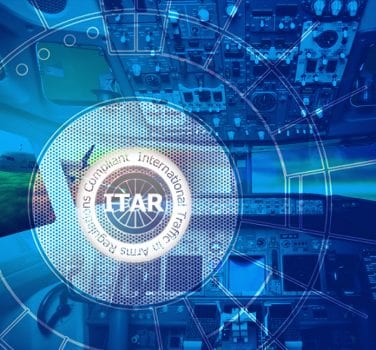 How Avionics Systems and Services Providers can Ensure ITAR Compliance