Video Management Software, along with Video analytics, has been widely adopted across various business verticals. Video management systems address an array of problems, by providing useful insights and at the same time help in improving business processes. However, there has always been questions raised about the privacy of the confidential information of patrons of the business, and the technical security of the VMS system.

In various verticals like retail, city surveillance, fleet management etc. the amount of data generated could be very high. When data are generated at a high scale, it can raise concerns such as the digital data going into the hands of the wrong people, the live recording cameras being hacked, or risk of personal information being exposed while shopping at a store, which could lead to fraudulent activities. Any such breach in security and privacy may lead to legal problems and lack of trust towards the brand.

There are various ways in which one can address privacy and security concerns of VMS. Below listed are some ways to deal with security breach which is compiled into three broad categories:

Addressing Physical Security at a Store

Let us understand how video analytics can address the physical security concerns of the users.

There can be instances where miscreants could tamper or sabotage the camera monitoring a perimeter. Camera tampering, when taken in its broad sense could be anything from tampering with the camera, which can include partially, or completely blocking its lens or field of view, to drastically changing the camera angle.

In many cases where there is 24/7 surveillance, miscreants can change the camera angle to possibly rob the store. In such cases, an alert will be triggered to the administrator, who can then initiate prompt and effective action to avoid further damage or investigate the incident.

We often see kiosks or digital signage inside or outside the retail stores. It is possible that anyone could try to vandalize it, which may result in reparations and losses. Under such circumstances, the camera can be configured to detect any object thrown towards the kiosk or signage and to alert the store authorities, which will help them to take quick action or file a police complaint about legal action with, required evidence.

Let’s take a look at the ways to address the privacy concerns of the customers in video surveillance.

While shopping at a retail store, many customers may feel that their personal and confidential information is not secure, as there are multiple cameras across the store monitoring different areas.

Checkout counters especially are mounted with cameras to monitor the employee activity stationed at the cash registers. These cameras may also capture personal information such as credit card details that may result in frauds. However, by using the Perimeter Blackout Algorithm, the store manager can mark a region of interest on the camera and blackout that section of the camera due to which, the region of interest will not be recorded. This will ensure that any information exchanged at checkout remains confidential.

The recorded video data inside a store can be used for various purposes and can also be presented in the court of law as investigative evidence. Privacy Masking Algorithm once enabled, can mask the identity of a person based on face or skin detection. Privacy Masking can be implemented on previously recorded data and on real time.

In case of city surveillance, having Privacy Masking enabled at all times may not serve the purpose of identifying security threats. In such scenarios, it can add to previously recorded data helping them to only reveal the faces of those people who are suspects or accused in any fraudulent activities.

There are many retail stores that use retail tracking services to track customers inside the store. Retail tracking not only captures a customer’s position inside the store based on the signals of your phones, wearable devices, Bluetooth connectivity and more but also captures the MAC address of their phone. Though retail tracking comes with the opt-out mechanism for the consumer, in a survey conducted by OpinionLab, it states that 8 out of 10 consumers are worried about privacy issues due to retail tracking.

In such cases, retail stores can replace such tracking with handheld scanners. With handheld devices, the consumer’s position is not mapped to their own devices and instead, they are tracked through devices provided by the store itself, making the customer feel safer.

On the other hand, when the consumer uses the handheld devices, it also allows them to save time by way of self-checkout and also helps the store to facilitate a good shopping experience. These handheld scanners are Zigbee-enabled and use the Zigbee access point on the camera for communication to the server. This way, the store can map the journey of the customer, average time spent by each shopper at the store, which aisle is performing well, measure the effectiveness of promotions, provide assistance to a customer when in need. So this becomes a win-win situation for the store and the customer.

It’s always important to inform the customer that they will be under surveillance once inside the store by using information displays. Such signs can also help in curbing attempts of shoplifting or stealing from the store.

The positioning of the cameras is also important, in such a manner that no personal information is recorded or compromised in any way. VMS vendors can also help you in coming up with a floor map for installing cameras. This will give more assurance to customers and will also curb the possibilities of unfavorable incidents from occurring.

Addressing Security of the VMS Software

Let us see how to secure the entire system including camera, connection, and credentials.

VMS systems can be secured by https, which is a combination of HTTP with SSL (Secure Sockets Layer)/ Transport Layer Security (TLS), which is used to provide secure communication with a secure identification of a web server. This will allow in curbing unauthorized access if there are any attempts to unauthorized login.

Once the user enters the right credentials into the Video Management Software, the system generates a token that has to be entered in order to validate the session. Once the session expires, the system automatically logs out the user, who then has to regenerate the token again to login. This also helps in curbing the possibility of any unauthorized access due to fixed sessions.

There are several off the shelf cameras that come equipped with SSL protection. This prevents unauthorized users from gaining access to the cameras by encrypting the connection. Apart from this, most IP cameras come with a default set of credentials. Once added to the VMS system, it will assign a new encrypted password to the camera that is generated randomly. This further strengthens the security layer and minimizes the possibility of being hacked by external factors.

VMS systems also come equipped with camera tampering algorithms, which detects any physical tampering and alerts the administrator immediately, allowing the security staff to promptly respond to the situation.

According to the Cloud Security Spotlight Report 2016, the use of Cloud applications is increasing as the companies with 50% or more applications deployed on the cloud have doubled more than last year. Therefore, with the rising cloud storage requirements, data security also becomes an important area of concern.

All Cloud service providers like Amazon, AWS and others have their own methods to protect your data on Cloud. On the other hand, VMS providers also implement integrity checks to verify any tampering of the data. VMS providers can ensure the security of data by deploying Checksum algorithms such as SHA1, CRC, MDS, and so on. These Checksum algorithms verify data periodically and notify users in any case of tampering with recorded data.

Sometimes, it is also possible that the administrator himself can be involved in dishonest activities. To monitor this, different levels of administration can be created, and rights for management can be provided as defined. Cameras can also be hidden from other administrators, which will ensure that privacy/security issues are rightfully managed.

These are certain measures at different levels to ensure the security and privacy of the data that are being recorded, shared, stored or live streamed.

eInfochips is dedicated to providing custom video management solutions to all our clients and also address their needs and concerns at the same time.

If you are looking for any assistance in developing or implementing video management or video surveillance in your organization, feel free to get in touch with us. 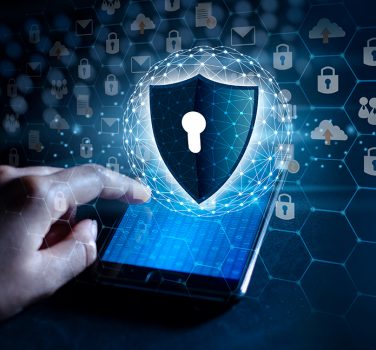 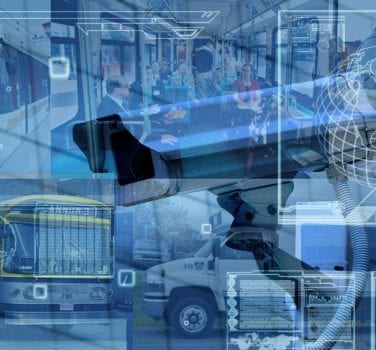 5 Use Cases of Video Analytics in Public Transportation