Presenting a Case for Porting Android on PowerPC Architecture

Today, Android is the most widely used smartphone operating system, almost seen as a de facto standard by millennials as well as  the older generation of smartphone users. The biggest reason behind Android’s popularity is its ability to crystallize both native as well as plug-and-play Apps into a single, boundary-less ecosystem giving users the benefit of unlimited scalability on their device. With a continuous spree of innovation by developers, the rapid evolution of Android technology lets users stay up-to-date with more powerful and differentiated applications.

It was only a matter of time before Android operating system made a logical jump to industrial applications instead of being confined to smartphone users alone. Owing to its versatility, ease of use and performance, Android’s next-generation avatar will be deployed across aerospace, industrial automation and automotive applications.  One way this goal can be achieved is through porting of Android operating systems on PowerPC.

First created by Apple, IBM and Motorola alliance, PowerPC is being ubiquitously used across a wide range of computing and industrial applications, and even the Mars Rover, Curiosity.  There are several reasons why PowerPC is seen as best suited for a rugged environment:

As Android is gaining adoption in the industrial segment, Android on PowerPC proves itself as a valuable proposition. Android on PowerPC architecture can offer the following benefits to industries varying from aerospace to embedded systems.

eInfochips has recently ported Android on PowerPC successfully. Read our white paper to find out more. 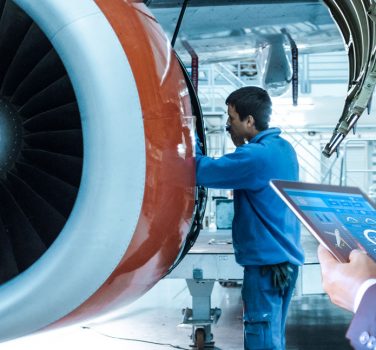