Technological advancement has contributed to the rise in popularity of mobile phones during the past ten years. Mobile phone sales and the number of applications that run on them are both rising quickly. After the launch of iPhone 14 series in September 2022, there are now 35 generations of iPhones since the original model debuted back in 2007. Despite the inflated cost, the number of iPhone users has rapidly grown in recent years, from just 11 million in 2008 to over 1.3 billion now in 2022.

Modern life has, arguably, entirely become dependent on mobile devices and thus the emphasis on developing more technologically advanced mobile apps and hardware is huge. This also indicates that there is a significant chance that cybercriminals may attack these devices by taking advantage of the security flaws since there are so many changes and upgrades.

Apple has always positioned their products, or anything related to them as the most secure devices in the market when it comes to data privacy and security, thus, designing an iOS application and ensuring that it is completely secure becomes particularly important for the app creators.

How to do that? Let us understand!

iOS Penetration Testing – What is it?

Because Apple has a more tightly controlled environment, iOS application PEN-Testing is more like thinking outside of the box security than Android penetration testing. Finding security loopholes in an application is what security testing or VAPT (Vulnerability Assessment and Penetration Testing) is all about. We attempt to hack the app and, in some cases, search the source code (white box) for any potential security flaws during security testing. iOS applications with security flaws have long been a significant source of concern. There are more security flaws now than there were before these iOS apps became so popular.

iOS penetration test is a means of finding and exploiting security vulnerabilities in iOS applications. To undermine network security and attack security related bugs in the iOS operating system, the tests include everything from installation and configuration to finding and exploiting software and hardware vulnerabilities. The technique could involve utilizing an automated tool or decompiling the application to find any flaws that might result in bugs.

iOS VAPT – What it includes?

Performing a thorough analysis of every application flow and entry data points, including how and where the data is kept on the device or sent to from APIs (Application Programming Interface) is the first and most crucial stage. This can be accomplished by functionally testing the application, reviewing its code, or troubleshooting it by verifying all potential user inputs, checking the rules for validation, enterprise logic, etc.

The three potential approaches that could exist are as follows:

iOS Penetration Testing – Why it is required?

Any mobile security audit must include an iOS penetration test. This is due to the functionality of the devices and the way the applications are used. With numerous security measures, frameworks, and functionalities, iOS applications are getting increasingly complicated because of which it is becoming exceedingly challenging for anyone to be aware of an iOS application’s vulnerabilities before it is released.

To uncover security loopholes in applications that could be abused or result in vulnerabilities, iOS penetration testing is used. iOS penetration testing enables you to examine all the applications’ security features and make sure there are no security flaws. This will enable you to confirm that your application is free of security flaws. Some of these weaknesses could lead to data theft, information leakage, and even the loss of sensitive data, all of which would be devastating for the company or any personal user.

An application’s server-side and client-side components are both tested as part of an iOS penetration test to determine how secure it is. There are few key areas that need to be evaluated when undertaking iOS penetration.

Here are a few of the most useful mobile app security recommended practices to consider:

Any company planning to release an iOS application or one they currently possess can benefit greatly from iOS penetration testing. Your organization’s data and information are better protected when you work with a company that specializes in this kind of security. Security failures and the loss of crucial data could result from even minute mistakes in the application code.

Through vulnerability assessment and penetration testing, techniques are offered to discover any existing flaws and thwart potential attacks. In addition to finding defects and explaining the necessary mitigation procedures to either fix them or reduce their risk, it provides a surface-level assessment of the application security posture.

We have supported organizations in the development, deployment, and management of security products on a global scale by defending connected device networks across device-connectivity-application levels through strategic, transformative, and managed operations approaches.

We can be your one-stop shop for all your requirements, from strategic assessments and transformations to complete implementations and managed security operations. At the device, connection, and application layers, our diverse cybersecurity engagements adhere to industry security norms. For more information about our cybersecurity testing services, contact our infosec experts right away. 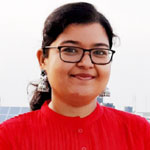 Dhara Thanki works as a security engineer at eInfochips in the IOT/Cyber Security domain. She has about 1.5+ years of experience in application security. She has expertise in web application Vulnerability Assessment & Penetration Testing (VAPT), Threat Modelling, Vulnerability Management, Security Audit and Risk Assessment. 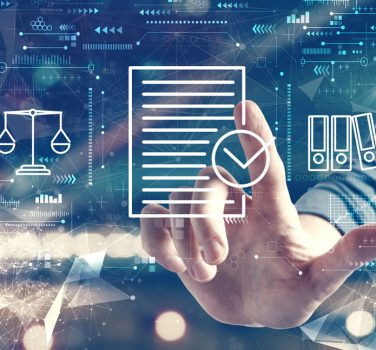 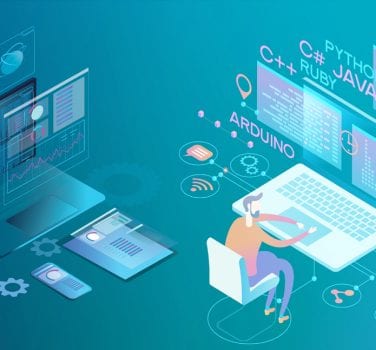