Malware is a growing threat to IoT devices- find out how to protect your device!

Any piece of software that is malicious is designed to damage your network or computer system. Malware differs from regular programs in that it typically has the potential to spread throughout a network, remain undetected, change, or harm an infected machine or network, and survive. They have the power to destroy the network and critically affect machine performance. In this blog, we will understand How does Malware affect the IoT devices and how to protect your device.

Threat actors utilize malware, a catch-all phrase for viruses, trojans, and other harmful computer programs, to infect systems and networks and get access to sensitive data.Malware is software designed to block a computer’s regular operation. Malware is a file or piece of code that can almost perform any action an attacker needs. It is often distributed via a network.

How Malware infiltrate your computer?

There are various methods by which malware might infiltrate your computer.As examples, consider the following:

Botnet Attacks: How IoT Devices become Part/Victim of such Attacks

How does Malware affect IoT devices?

Malware is malicious software created to access your computer or other device and harm you. IoT technology is susceptible to malware attacks, according to experts. Because they lack security, these devices are always online. The following are a few of the attacks that can harm your IoT device.

A virus that spreads itself is a Mirai botnet attack. By utilizing the factory default login information on unprotected devices like the Internet of Things, this malware spreads quickly.

On September 19, 2016, Mirai launched its first significant wave of attacks on the French host OVH because. OVH was the home of a widely used tool that Minecraft server hosts use to defend against DDoS attacks.

Someone else began the significant attack on October 12 against Dyn, an infrastructure provider that, among other things, provides DNS services to many large websites. The FBI thinks that Microsoft game servers were the ultimate target of this attack.

Prowli was discovered on April 4th, 2018, when a set of secure-shell (SSH) attacks was discovered to be connecting with a command-and-control (C&C) server.Attackers were performing similarly, communicating with the same command and control server. The goal was to download several r2r2 attack tools as well as a cryptocurrency miner.

MalwareHunterTeam made the Red Alert ransomware public on Twitter on July 5, 2022.In its activities, the organization behind the attacks has used two designations: Red Alert in its attacks and ransom notes, but also “N13V” internally.The malware targets both Linux and Windows VMWare ESXi virtual servers.

Red Alert is intended to be utilized through the command line, allowing the threat author to shut down any active virtual machines.The Red Alert ransomware can then encrypt the data associated with the virtual machines, such as .vmdk drives, SWAP files, blogs, and so on.

AstraLocker is based on the Babuk Locker ransomware source code, which was disclosed in June 2021.Emsisoft, a cybersecurity firm located in New Zealand, has released a free decryption tool to assist AstraLocker and Yashma ransomware victims in recovering their files without paying a ransom.AstraLocker’s developer provided a ZIP archive containing decryptors for the AstraLocker ransomware via VirusTotal.

The descryptors were recently posted by the ransomware’s developer to the VirusTotal virus research portal after they apparently shut down their operation to transition to cryptojacking.

In April 2022, Hermit spyware was discovered for the first time in Kazakhstan, where the government was attempting to aggressively repress any criticism of its policies.

The moment the victim unintentionally downloads the malicious software, the hackers have access to the victim’s location, photographs, phone logs, and text messages. Calls can be intercepted by hackers as well. They can use the victim’s device to record audio as well.

Additionally, it can steal data from installed apps and secretly install or remove apps like WhatsApp and Telegram.

By intercepting messages – such as card and PIN verification messages—sent to the Payment Hardware Security Module of the ATM system, his rootkit can carry out unauthorized bank transactions. Banks create, manage, and validate cryptographic keys for PINs, magnetic stripes, and EMV chips using this tamper- and intrusion-proof hardware component.

There is no way to prevent malware attacks, but there are reliable ways to detect and block attacks, keeping your computers safe from dangerous software.

eInfochips is working with a client in bridging this divide between the IT-OT silos to reduce system failures. Our IoT Consulting Services provide high availability, resilience, dependability, and scalability and solve major issues relating to IT-OT convergence, such as compatibility and security issues.

To protect products against roots, we use a secure-by-design strategy. We incorporate secure by design and VAPT testinginto the product development life cycle. We approach VAPT Android/Web application and VAPT on the cloud which detect any form of suspicious activity and generate malware reports.

eInfochips with its IoT Cybersecurity Serviceshelps companies in the design, development, and management to secure connected products across the device, connection, and application levels using a variety of cybersecurity platform services and tool stacks. We are experienced in turnkey implementations, security monitoring operations, and strategic analyses and transformations. To know more about our expertise, refer below brochure or talk to our experts. 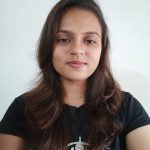 Aneri works as an Engineer at eInfochips in the Cybersecurity domain. She has about 1 year of experience in IoT/Cyber Security. She has an expertise in Threat Modeling, Malware Analysis, Web Application Vulnerability Assessment & Penetration Testing (VAPT) and Secure Software Development Life Cycle (secure SDLC). 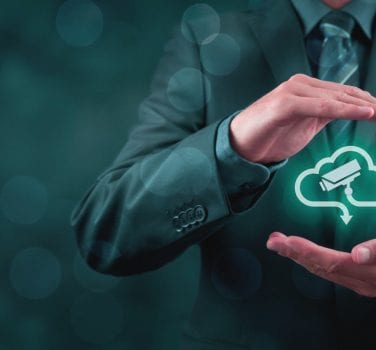 When to opt for a cloud based video surveillance? 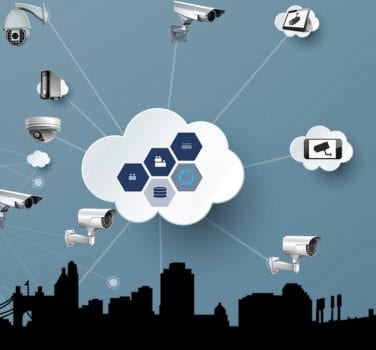