An AEB system uses radar, scanners, vision sensors, lasers, and other sensors to apply emergency brakes. AEB can be classified into three categories – low speed, designed for the city environment; high-speed interurban. for use around arterial roads; and a pedestrian system specially designed to detect characteristics of the pedestrians.

Modern vehicles that have emerged in the last few years consist of various complex systems and parts that enable safety and a top-notch user experience. We have seen systems, like the Advanced Driver Assistance System (ADAS) in autonomous and semi-autonomous vehicles, that have revolutionized driver assistance and played a pivotal role in making each drive safer and helping drivers make informed decisions.

One of the critical elements of the ADAS system is Autonomous Emergency Braking (AEB). The primary function of AEB is turning crashes into close calls. AEB is instrumental in avoiding the impact of collision and warning the driver during critical situations. In short, it recognizes the dangers and applies the brakes for the driver.

The implementation of AEB has also made a significant difference in the number of crashes that occur. Cicchino reports that in 2014 alone, the police in the U.S reported 400,000 injuries that could have been avoided with the help of AEB. A meta-analysis used to evaluate AEB’s effectiveness in different countries showed an unexpected 38% overall reduction in real-world, rear-end crashes for vehicles fitted with low-speed AEB compared to equivalent vehicles with no collision avoidance systems installed. These statistics are a testament to the fact that AEB is vital to safety on the roads.

How does autonomous braking work?

Well, how AEB works depends on the car you drive. Different car manufacturers have different approaches and have slightly different names for it.

Any vehicle with an ADAS system uses inputs from an array of sensors such as radar, scanners, vision sensors, lasers, and others, to trigger the application of emergency brakes. However, there are no specific sensor types that work well for all conditions, and that is why sensor fusion is used to provide redundancy for autonomous functions.  AEB can be loosely classified into (i) low speed, designed for city environment, (ii) the high-speed interurban, for use around arterial roads, and (iii) a pedestrian system specially designed to detect characteristics of the pedestrians.

First, let us understand how the pedestrian system works. If a pedestrian were to appear in the car’s vicinity, two systems would effectively play a significant role – one would be the camera, and the other would be the RADAR system. These two systems should detect the pedestrian and classify it as either an object or a human. RADAR would also provide inputs to measure the distance between the person and the car and to estimate whether the person will step in front of the car or pass by. If the person steps in front of the car, the system triggers a warning and if the driver does not respond, applies the brakes automatically.

When it comes to the high-speed AEB systems, the radar scan as much as 150 feet ahead of the vehicle, detects possible obstacles, and alerts the driver. If the driver doesn’t respond, the system intervenes and applies the brakes.

Subaru has an interesting AEB system called EyeSight, which comprises two cameras mounted above the windscreen that constantly monitor the path ahead. It can even bring the car to a complete standstill at city speed if it detects an issue.

In luxury cars like Mercedes, there are 2 radars behind the tire and grill. The cruise control lets you choose the speed you want to travel at and asks you about the distance you want to maintain between the traffic ahead. You can adjust a dial on the cruise control and extend a virtual bumper. The pre-decided distance is maintained even when the vehicle ahead slows down, the AEB applying the brakes depending on the situation.

Though it is a great feature to have in your car, it does have its limitations since it only operates under certain conditions. AEB may not be effective at higher speeds. This makes driver assistance selective. If the radar sensors are covered or if the camera is smudged, it may temporarily diminish AEB functionality. AEB may not be effective in bad weather, poor lighting, fog, snow, or other extreme weather conditions.

There have been challenges with the AEB system in some newer vehicles being poorly designed or poorly calibrated. Apart from this, AEB systems cannot be retrofitted into older vehicles.

However, moving forward, AEB systems are expected to support drivers better and help avoid or reduce the number of collisions that occur, putting safety at the forefront of user experience.

High Speed-Inter Urban AEB systems are projected to be the fastest-growing segment in the automotive market. However, there is still a need to improve the existing systems. Accuracy of radars needs to be addressed, along with challenges such as failure or ineffectiveness of the system in harsh weather conditions, different speeds, light conditions, and so on.

All these improvements are necessary as it is estimated that AEB will become part of most vehicles by 2022.

Having an AEB system allows the driver to engage in quick decision-making, reducing the chance of a collision leading to reduced risk of life-threatening injuries and enhancing user experience. eInfochips is a key solution enabler in the automotive domain and has expertise across ADAS, Infotainment & Clusters, Telematics, Connected Vehicles (V2V, V2X), EV Charging and Multimedia Sub-systems to help global OEMs and Tier1s deliver a superior experience, safety & efficiency. Our services and solutions range from core automotive product engineering, AUTOSAR compliant ECU software development, HMI design & testing, to next-gen technology enablement (edge computing, cloud, AI/ML, data analytics), smart charging, among others. To know more about our expertise, drop us a line. 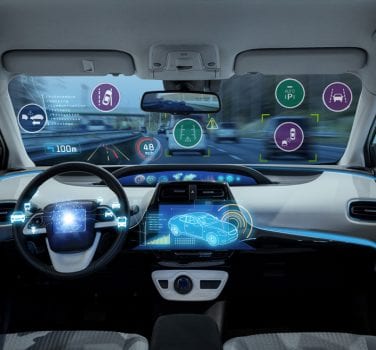 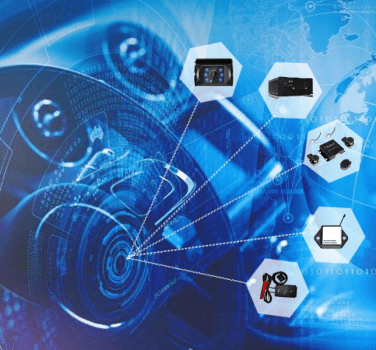 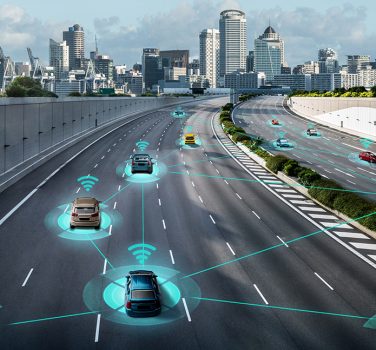