When trying to gain business value through machine learning, access to best hardware that supports all the complex functions is of utmost importance. With a variety of CPUs, GPUs, TPUs, and ASICs, choosing the right hardware may get a little confusing. This blog discusses hardware consideration when building an infrastructure for machine learning projects.

Machine learning is a subset of artificial intelligence function that provides the system with the ability to learn from data without being programmed explicitly.

Machine learning is basically a mathematical and probabilistic model which requires tons of computations. It is very trivial for humans to do those tasks, but computational machines can perform similar tasks very easily.

Consumer hardware may not be able to do extensive computations very quickly as a model may require to calculate and update millions of parameters in run-time for a single iterative model like deep neural networks.

Thus, there is a scope for the hardware which works well with extensive calculation. But before we dive deep into hardware for ML, let’s understand machine learning flow.

There are four steps for preparing a machine learning model:

Among all these, training the machine learning model is the most computationally intensive task.

Now if we talk about training the model, which generally requires a lot of computational power, the process could be frustrating if done without the right hardware. This intensive part of the neural network is made up of various matrix multiplications.

So how can we make the training model faster?

This can be accomplished simply by performing all the operations at the same time, instead of taking them one after the other. This is where the GPU comes into the picture, with several thousand cores designed to compute with almost 100% efficiency. Turns out these processors are suited to perform the computation of neural networks as well.

The fight between CPUs and GPUs favors the latter because of the large amount of cores of GPUs offsetting the 2–3x faster speed of CPU clocks – ~3500 (GPU) vs ~16 (CPU). The GPU cores are a streamlined version of the more complex CPU cores, but having so many of them enables GPUs to have a higher level of parallelism and thus better performance.

CPUs are designed to run almost any calculation, that is why they are called general-purpose computers. In order to achieve this generality, CPUs store values in registers, while a program tells the Arithmetic Logic Units (ALUs) which registers to read, perform an operation (such as an addition, multiplication or logical AND) and which register to use for output storage, which in turn contains lots of sequencing of these read/operate/write operations. Due to this support for generality (registers, ALUs and programmed control), CPUs cost more in terms of power and chip area.

There are alternatives to the GPUs such as FPGAs and ASIC, as all devices do not contain the amount of power required to run a GPU (~450W, including CPU and motherboard). TPU (Tensor Processing unit) is another example of machine learning specific ASIC, which is designed to accelerate computation of linear algebra and specializes in performing fast and bulky matrix multiplications.

Google Search, Street View, Google Photos, and Google Translate, they all have something in common – Google’s accelerated neural network also known as TPU. It is one of the most advanced deep learning training platforms. TPU delivers 15-30x performance boost over the contemporary CPUs and GPUs and with 30-80x higher performance-per-watt ratio. The TPU is a 28nm, 700MHz ASIC that fits into SATA hard disk slot and is connected to its host via a PCIe Gen3X16 bus that provides an effective bandwidth of 12.5GB/s.

GPUs are designed to generate polygon-based computer graphics. In the recent years, due to the need for realism in recent computer games and graphic engines, GPUs have accumulated large processing powers. A GPU is a parallel programming setup involving GPUs and CPUs that can process and analyze data in a similar way as an image or any other graphic form. GPUs were created for better and more general graphic processing, but were later found to fit scientific computing well.

Back in 2001, Matrix multiplication was computed on a GPU for the very first time. LU factorization was the first algorithm that was implemented on a GPU in 2005. The main challenge was the lack of high-level language, and the researchers had to comprehend the low-level language to understand the graphics processing.

The first thing you should determine is what kind of resource does your task requires. Let’s have a look how different tasks will have different hardware requirements:

Furthermore, a GPU can perform convolutional/CNN or recurrent neural networks/RNN based operations. It can also perform operations on a batch of images of 128 or 256 images at once in just a few milliseconds. However, the power consumption is around ~250 W and requires a full PC that additionally requires 150 W of power, which leads to a total of 400W.

Applications like virtual or augmented reality goggles, drones,  mobile devices, and small robots do not have this much power. Also, in case of autonomous cars and smart cameras, where live video is necessary, image batching is not possible, as video has to be processed in real-time for timely responses.

In the future, we might see more powerful devices that won’t  require that much power and work on mobile platforms/devices.

Machine learning is a promising field and with new researches publishing every day. Today’s AI requires a lot of resources to train and produce accurate  results. However, there will be more human friendly AI systems in the near future. 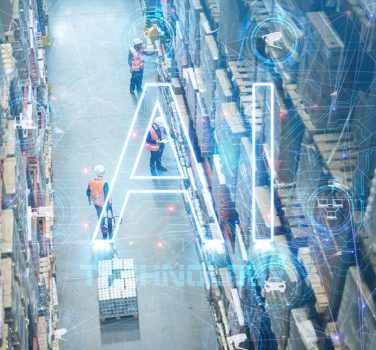 Do You Value Emerging Markets? – Time to Adopt Value Engineering 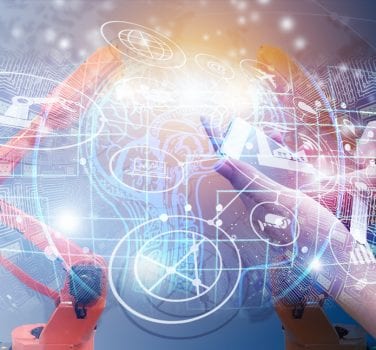 Edge Intelligence is Paving the Way for Smarter Manufacturing, Warehousing, and Transportation