Deep learning-based solution for video recognition essentially involves detecting, classifying and localizing static, multi class objects in field of view and plotting the dynamic form factor, pose, orientation and location of objects over time. Most common use case is to determine the actions of human operators in the field of view. There are various solution approaches used by the deep computer vision practitioner community to improve the pipeline throughput, resource utilization (specifically in case of inference on compute constrained edge devices) and performance (accuracy, responsiveness).

What are the common video dataset benchmarks for model training?

Leading datasets that are leveraged for gauging the model performance in terms of accuracy and precision are Kinetics (400/ 600/ 700), Atomic Visual Actions (AVA) and Charades. These have varying number of video files, lengths and degrees of annotation of features.

What are the input processing considerations?

What are various solution approaches explored so far?

This is the basic approach to action recognition in videos. The idea is to train a 2D CNN model to predict action in individual frames of the video. This offers a strong performance baseline, which can be further fine-tuned in terms of backbone architectures, and mechanisms.

This approach works in case of simple actions that do not have interframe temporal dependencies e.g. walking, running, eating, drinking etc.

However, in case of complex actions that need detecting a sequence of tasks by an industrial assembly operator or retail store associate, the model accuracy from this solution might not be sufficient.

This solution approach has an ensemble solution with two parallel network streams with their output being merged or fused at requisite points in the pipeline – either an early fusion, late fusion or slow fusion. The fusion mechanism is configured based on performance requirements of the use case.

Here are the characteristics for two networks in the pipeline

These are often used as parallel streams and their outputs are fused purposively to achieve required level of performance. In some cases, they are also used serially, with the spatial stream output fed into temporal stream – known as convolutional recurrent neural network or CRNN model.

This solution approach leverages capturing the long-term contextual information which is pivotal to skeleton based human activity recognition tasks and is not captured by approaches with ensemble architectures using CNN and RNN that we discussed so far. CNNs and RNNs rely on local operations from spatial and temporal perspectives, respectively. The attention mechanism in self-attention network or SAN models helps in acquiring the global context.

This solution approach developed and published by Facebook AI Research employs a two-pathway model – a slow pathway with low frame rate that captures the spatial semantic details and a fast pathway with high framerate that captures the temporal transition over time. The pathways are fused using lateral connections. While this is also a two-network ensemble model, the principal differentiator of this solution from the earlier 2 network stream approaches is that temporal speeds of the two streams are different. The fast pathway has high temporal speed, but is a lightweight network, thus enabling it to capture the state transitions of semantically, spatially distinct objects within the video field of view, which are in turn detected by the slow pathway with lower frame rate but higher number of channels in input. This approach is widely seen as the latest state of the art.

In subsequent parts of this series, we will look at various industry applications of video recognition models at the sensory edge. 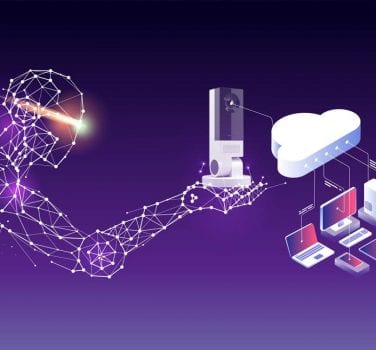 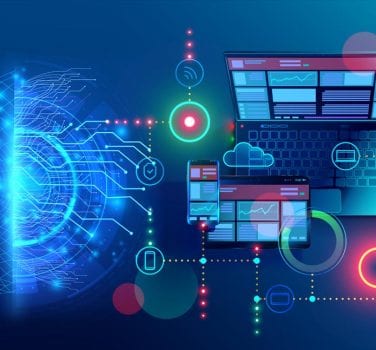 AI at the Edge: Overcoming the Challenges Associated with Cloud Computing