Vehicle Infotainment Systems have drastically evolved from being simple audio systems to becoming a central dashboard transforming comfort, connectivity and safety aspects of the vehicle’s functions. More than just entertainment, today drivers depend on them for vital vehicle information such as tire pressure, engine maintenance, charging stations, weather, navigation and car settings etc. With the launch of Android Automotive OS, Google has taken a leap step towards revolutionizing the digital experience for the users and setting up a benchmark for the automotive industry.

Having an In-Vehicle Infotainment (IVI) system and a GPS navigation system in a car was considered a luxury in the past. However, with an increasing demand for safety, connectivity, and better driving experience, IVI systems have become an essential element of automobiles. Consumers now expect their IVI systems to inform them about predictive maintenance, bad weather, play their favorite music, and provide access to apps on their smartphones.

With the advent of Android Automotive OS (AAOS), Google has created native IVI systems. It is an embedded automotive infotainment platform, just as Android is for mobile today. It enables carmakers and Tier-1s to create robust IVI systems designed for the digital age.

Before diving deep into the subject, let us look at how car infotainment systems have evolved since their inception.

Android Automotive is not the world’s first native OS, BlackBerry® and QNX® are already used in 150M+ vehicles as of 2020. However, Android Automotive, with its open-source & flexible architecture and larger developer ecosystem, is expected to take over QNX and other Automotive-Grade Linux systems in the next 10 years.

ABI Research has this to say about AAOS. “Android Automotive is ideal for mass-market vehicles because it contains the main automotive extensions (e.g., audio, navigation, and Bluetooth stacks) pre-developed, reducing time and cost of development.”

One of the easiest ways of understanding Android Automotive is to compare it with Android Auto – A very well accepted application developed by Google that can be paired with the car, and it mirrors apps on the phone to the vehicle’s display. Although both sound similar, they offer different functionalities. Let us have a quick look below.

Using Android Auto is as simple as plugging your Android phone into a compatible car and firing the Auto app. It shows the Android dashboard over OEM’s native software. However, the phone always needs to stay connected via a USB cable.

Since AAOS is a dedicated Android version and does not need a phone to operate, a user can download media apps directly into the car with an interface optimized for the car screen.

Android Auto only projects the phone screen, and it has limited access to the car’s features and settings. A user must keep toggling between the phone and the built-in OS to adjust the car’s air conditioning, connectivity, light and door controls, and other car settings. This does not give the best UX.

In contrast, AAOS allows a user to manage everything, from navigating via Google Maps to listening to music on Spotify and similar apps, adjusting the car’s temperature and driver seat position, using the interface in the car. Its built-in voice assistant function allows the driver to focus on the road, thus contributing to a safe and connected driving experience.

Android Auto deals with a myriad of different screen sizes, shapes, resolutions. It fails to provide a tailored experience as apps are not optimized for the automotive use case.

AAOS is a full-stack, open-source, highly customizable platform that supports apps developed by OEMs and 3rd Party for Android and Android Auto. Both car makers (via UI customization) and app developers (via App branding) have opportunities for revenue generation by advertising their brands.

Irrespective of any OS or infotainment system, driving safety is of utmost importance. As AAOS aims to deliver consistent UX and apps for cars, there is a serious concern about driver distraction and road safety. Google’s Design for Driving tries to address this by ensuring car makers and app developers complement the driving experience and discourage any distraction.

The rearview camera and audio player are just two examples that require a fast power-on response as drivers cannot wait for a longer boot time. Google’s power management system tries to address these issues by moving functions like the rearview camera early in the boot sequence so that they are available early to assist the driver as he turns on the car. These kinds of power and boot management tweaks allow the developers to maintain a superior user experience.

Unlike Android Auto, which is merely a projection of a smartphone, AAOS has deeper access to the in-vehicle network (IVN) and sensor data. A high-level security assessment of Android Automotive predicts possible attacks compromising privacy, financial/operational and the driver’s safety.

The proposed security mechanisms of Android Automotive are promising and will evolve as they introduce this into more cars in the market. AAOS’s vehicle HAL supports multi-level security for accessing data. For example, access to vehicle properties such as HVAC control is only available to system apps.

Everyday usability or lifespan of a smartphone or a consumer appliance ranges from 3 to 5 years, whereas a car is used for over 20 years. This means that Google and car manufacturers must have long-term plans to support systems or upgrade the OS as time progresses.

From its first introduction to the automotive industry via Google Earth in 2010 to Android Auto in 2015, and now with Android Automotive OS, Google is showing great commitment to investing in and developing Automotive solutions.

Opportunities for OEMs and Tier1s

Android Automotive empowers OEMs and Tier1s to customize the embedded infotainment platform to reflect their branding. It also provides revenue generation opportunities by connecting Google services and 3rd party apps (e.g., Navigation, Radio, Music, and Podcast Apps). Here is a quick summary of areas that OEMs and Tier1s should look out for, for faster time-to-market and immersive CX.

With more than 100M cars already running on its Smartphone-dependent Android Auto service, Google is rapidly expanding its partnerships with car makers. Starting with Polestar 2, car makers such as GM, Ford, Renault, Nissan, Mitsubishi, and many others will have cars running on native AAOS very soon.

On the other end, car makers and vendors who have already invested heavily in proprietary IVI systems face a more significant challenge to keep up with customer demands and the evolving automotive technology landscape to provide a better user experience.

To know more about our Automotive expertise, get in touch with us. 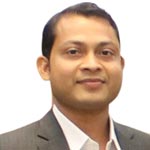 Dhaval works as a Product Marketing Manager focused on Automotive and Security & Surveillance solutions portfolio at eInfochips. He has over 8 years of experience in product marketing, product management and international sales. He holds bachelor’s degree in Electronics & Communications and master’s in Marketing from Gujarat University. 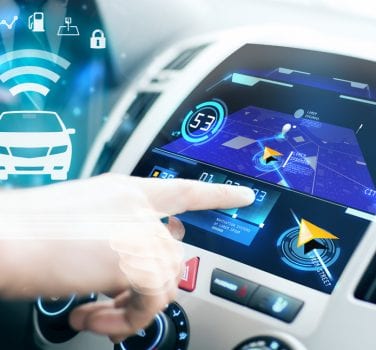 How Integrated Automotive Cockpit Systems are Redefining the Driving Experience 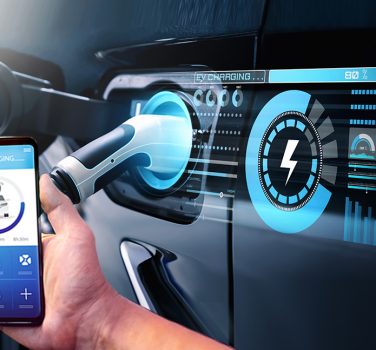