Automation is critical to IoT testing. Open Source automation allows testing of all parts of the ecosystem, by helping to achieve reduced costs, faster time to market, reliability, scalability, and flexibility, among others.

The connected devices market has scaled new heights in the last few years. As more connected devices hit the market, more companies are focusing on faster time to market without compromising on the quality of the products. This is where device manufacturers have to ensure that the devices are thoroughly tested in a short sprint. In such a scenario, open-source test automation becomes necessary in accelerating the testing process and keeping up with the release cycle.

The testing of IoT devices is simply called IoT testing. Even the most accurate tester can make mistakes during monotonous manual testing but automated testing can perform rapid testing precisely each time they execute and the results are also recorded. When the code gets changed, automated tests can run automatically and notify the developer if the source-code fails. Moreover, simulation using automated testing can be done with virtual user interaction using application software and the network web.

When it comes to test automation, open-source test automation tools are more popular, as they don’t require costly licenses, they are highly customizable, allows virtualization, and provides better support and collaboration.

In an IoT ecosystem, there could be a myriad of devices that have different capabilities. These devices transmit large quantities of data. There can be possibilities of data leakages, unauthorized data retrieves or loss of data and it is not easy to detect these vulnerabilities. However, if these problems have to be tackled, a proper streamlined testing process should be in place to make the system more reliable.

Many developers and quality assurance teams are already shifting to Open-Source Test Automation. Apart from the features mentioned earlier, the test cycles with open source tools are considerably shorter compared to the traditional testing tools. Most organizations are looking to accelerate their time to market, and shorter testing cycles is the need of the hour.

Quality engineers have to test IoT applications across various devices. Open Source Test Automation also allows parallel test execution across multiple devices. If we have look at the generation of test cases, they are also reusable so the engineer saves more time in preparing test scripts. So, all of these aspects are important for IoT testing and that is why Open Source tools are the right option of IoT test automation.

The major advantage of open-source testing tools is that it reduces the total cost of ownership and involves fewer hardware requirements as compared to traditional testing tools and methods. Moreover, these testing components are easily reusable, highly scalable, and organizations can opt for flexible pricing schemes. So IoT development can become affordable for the organization.

The developer community support for open source tools can be of great assistance in effective problem-solving. For example, Selenium is one of the most active open-source testing projects on GitHub page. Apart from this, it shows thousands of “stars,” “forks,” and “issues,” and hundreds of contributors and releases. This will assist developers in faster problem solving through community interaction and at the same time give them more insights into the tools.

When everyone is trying to achieve faster time to market, the testing cycles are bound to get shorter. Shorter test cycles, quick setup, updates without affecting productivity and tool deployment of open-source automation tools are the most important advantages of open-source test automation as it reduces overall time to market. It allows quick changes in code, reducing duplication and improving maintainability so that it promotes IoT development ahead in the endless application delivery race.

While repeatable automated test execution simplifies debugging, we can get an immediate acknowledgment of code changes and quickly resolve any bugs or errors.

Open-source testing frameworks also have multiple language support as well as support multiple platforms and browsers i.e. Objective-C/Swift for iOS, Java for Android, which makes testing more modest and comfortable for all users.

Selenium IDE, a playback tool provided by the Selenium platform for generating functional tests without the need to learn a test scripting language. It provides a test domain-specific language to write tests in various programming languages like Java, PHP, C#, etc.

Robotium is used for both, applications where only Android Packages are available and implementation details are not known, and for application testing where the source code is known.

Appium is the testing framework in IoT for mobile native, web, and hybrid apps. Appium provides record and playback options so that the user can track testing and keep records of testing. It has cross-platform functionality which allows software or hardware entities to run identically on heterogeneous platforms

Espresso testing provides an Application Program Interface to create test User Interfaces for testing. It flows within the Android applications which know how to use code that runs the application for more thorough testing of each element. Espresso is widely used for writing white-box-type test automation.

Tests can be run parallel to multiple devices, with test reporting that includes video, screenshots, and logs of your tests.

Birva Patel is a Marketing Trainee at eInfochips, she mainly focuses on topics including Wearable Tech, IoT, Home Automation, Industrial Automation, and Consumer Electronics. She holds a Bachelor’s Degree in Engineering from Ahmedabad Institute of Technology and has also pursued her Master’s from Silver Oak University of Technology. In her free time, she enjoys reading, listening music, and crafting. 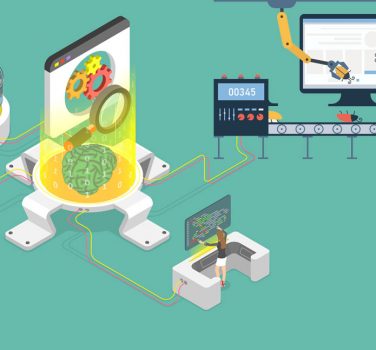