Predictive analytics and fault diagnostics algorithms entail high-value critical engineering systems to deduce impeding or unknown problems within the underlying system. The benefits of such analytics include abilities to prevent downtime and ensure cost-effective scheduling of maintenance cycles.

A simulation setup can be developed to facilitate algorithm development and testing for fault detection. Fault scenarios can be simulated by injecting fault conditions either into the sensor model or system dynamics at particular time instances. The various faults inserted into the model and respective patterns can be altered to observe and fine-tune the fault-detection algorithms.

This article presents an aircraft jet engine sensor fault diagnostics and prediction implementation using bank of Kalman filters and a Fast Fourier Transform (FFT). The use cases covered demonstrate the model-based development capability to implement such a prognostic system.

A gas turbine engine (GTE) is one of the most complex machines ever created, not only due to its constructive intricacies but also for the dynamic behavior and sophisticated engineering required for its operation. Due to its high fuel efficiency, power ratings, and reliability, the GTE is used in various dynamic systems, including airplanes, helicopters, marine ships, and military tanks (the M1 Abrams, for instance). The jet engine mainly works on the reactive forces generated by the exhaust gases emerging from the nozzle. This reaction force called “Thrust” propels the machine forward. Depending on the characteristics of the jet engine — such as the number of spools, the principle of compression, distribution of mass flow, and utilization of exhaust gases in the nozzle — these engines can primarily be classified into four types: turbojet, turbofan, turboprop, and turboshaft. Predictive analysis of faults is performed using a jet engine model with the help of fault analysis algorithms like Fast Fourier Transforms (FFTs) and Kalman filters.
Three state variables can be used to define a jet engine system: pressure, temperature, and density. Thrust is directly proportional to the density: The denser the air, the higher the thrust that can be obtained.

The operation of the jet engine can be broadly described using the Joule-Brayton Cycle. The illustration below depicts the various stages of the Brayton cycle.

jet engine turbine consists of the intake, compressor, combustion chamber, turbine, and nozzle. Atmospheric air enters the engine via the intake, where the air is mainly directed toward the compressor by reducing its velocity and increasing its pressure. No work is done on the air during the intake process. Air enters the compressor with one or more compression stages, where it delivers air at a high pressure and temperature to the combustion chamber. In the combustion chamber, heat addition takes place by the burning of a rich fuel-air mixture. The hot gases enter the turbine and expand. The energy extracted from these hot gases is partly used to power the compressor in the form of kinetic or rotational energy, while the remaining energy is expelled through the nozzle. The nozzle is a convergent tube through which the exhaustive gases are expelled, thereby producing the required thrust.

Turbofans have a higher propulsion efficiency as compared to the turbojet engine for the same speed range. The image below reflects the station numbering of the mathematical modeling of the turbofan jet engine.

Atmospheric conditions are modeled using an atmospheric block from the Simulink library, which gives ambient temperature, sound speed, ambient pressure, and air density depending on the altitude. The intake/diffuser is used to guide the air into the compressor. An isentropic process is assumed for the intake diffuser system; hence, friction and heat transfer between the air and diffuser is neglected. The diffuser is modeled in a quasi-static state and so the dynamic behavior of the air inside the diffuser is not considered. Stagnation temperature and pressure values of the diffuser exit are calculated as follows:

The fan is a mechanical component, which is responsible for bringing ambient air to the engine. A major portion of this airflow bypasses the core components of the turbojet engine and is let out by a secondary nozzle. Thus, the net thrust consists of two components: one of cold steam thrust and another of hot steam thrust. Turbofan engines are usually described in terms of bypass ratio, which is defined as the ratio of the flow through the bypass duct (cold stream) to the flow at an entry to the high-pressure compressor (hot stream). The power required to run the fan is supplied through the low-pressure turbine. The performance of the fan is represented using maps, which are 2D lookup tables that provide the mass flow rate values as a function of a normalized fan pressure ratio and speed values. 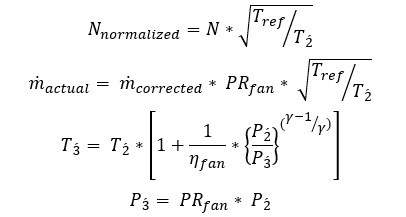 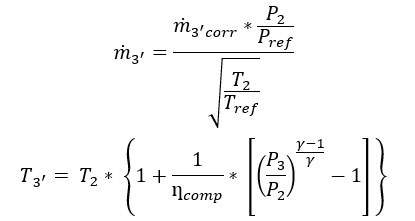 Work done to increase the pressure and temperature of the air can be calculated from the expression:

Work done on the turbine by the hot gases coming from the combustion chamber is given by: 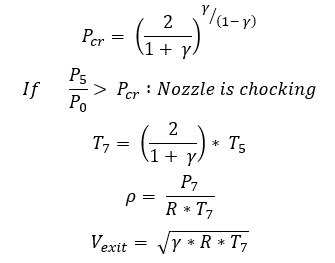 With the help of the above parameters, a specific thrust, specific fuel consumption, and net thrust [4] can be calculated as follows:

In order to determine the steady state condition of the dynamic system, a trim point is calculated. Trimming the jet engine model provides initial conditions and states to drive the engine at a trimmed thrust value for a particular altitude and Mach value.[7]

A fault is considered to be a disallowed discrepancy of any parameter or specific property of the system from the adequate condition, whereas failure is a permanent disruption of a system’s capability to perform its essential function under identified operating conditions.

The recurring event of some faults may damage a system; hence, an early detection of faults is essential in keeping the system running uninterruptedly.

To develop a reliable fault-detection mechanism using feature-based methods, there is a requirement for data describing the state of each observed component. Such information is extracted through various sensor signals. The signals usage includes throttle position, rotor speed, temperature, pressure, and supervisory control signals.

There are three major steps as follows:

The sensor data received from the equipment require pre-processing as all of the data are often not quite useful. Pre-processing can be performed using a variety of techniques, such as:

Fault-detection models are based on mathematical, statistical actions, or artificial intelligence algorithms for data clustering, classification, and system identification. These models are typically trained, validated, and tested using predictors and response data.

Deployment refers to the application of these algorithm models for prediction using new data. They are deployed on infrastructure such as an enterprise cloud, data mining clusters, and on a real-time embedded platform.

The fault-detection problem falls under the sensor values that are used to determine a categorical response: “Fault” or “No-Fault.” There are many classification algorithms available. The following two algorithms are perfectly suited to the purpose of fault detection in a jet engine using sensor data:

The following figures show plots of faults inserted and faults predicted by a Kalman filter and FFT:

Fast Fourier Transform (FFT) is an algorithm used to compute discrete signals, which are derived randomly through data acquisition in terms of: 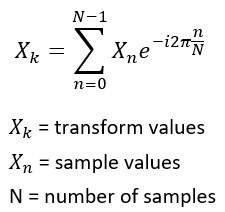 There are N outputs, and the value of Xk is derived from the summation of such outputs. The FFT algorithm is a method to compute the summation of the results in terms of N Log. N comprises four main processes as demonstrated.

In this application, a signature-based fault-detection technique is used. In this technique, signatures are generated using a rotor speed sensor at different points of time. Out of these signatures, some are collected as samples. These samples are used as a reference for real-time input sensor data. At runtime, these reference signatures are used to match with the input rotor speed. Thus, any fault existing in the signal can be easily diagnosed.

[3] N. U. R. a. J. FWhidborne, “A numerical investigation into the effect of engine bleed on performance of single spool turbo jet engine,” Aerospace Engineeering , p. 11, 2008.

Dhananjay Bangar is a Sr. Software Engineer Level 2 at eInfochips, an Arrow company. He has an experience of more than 6 years in engineering and model-based development in MATLAB. His areas of interest include Deep learning and Algorithm development. He has a bachelor’s degree in electronics and telecommunication engineering from the University of Pune. 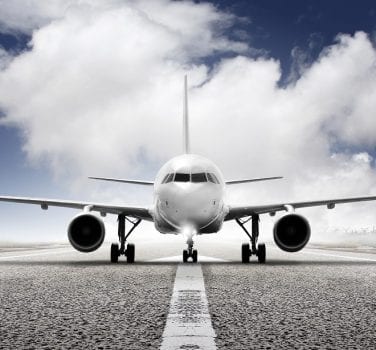 The Process of DO-254 Verification Planning for Avionics Systems! 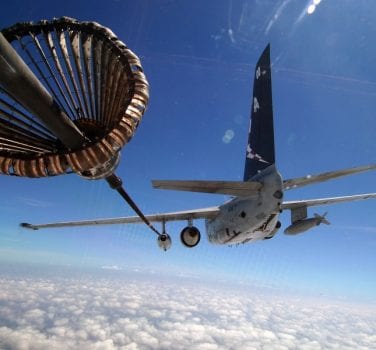