The era of electric vehicle is upon us, which means new charging technologies need to emerge if the so-called green transport revolution is to truly take hold. This article discusses the innovations happened in the EV space in last few years and what can be expected in near future!

A new generation of electric vehicles is coming, and their success (in terms of adoption) will depend on new charging technologies.

The International Energy Agency estimates that electric vehicles will grow from 3 million to 125 million by 2030, which means an average of 44 million vehicles sold each year. As electric vehicles replace vehicles powered by fossil fuels, more charging stations must become available to cater to the growing numbers of e-vehicles. Charging stations provide connectors equipped with multiple adaptors to ensure compliance with a variety of standards. For example, the most widely adopted standard, direct current rapid charging, uses multiple adaptor chargers like combined charging system (CCS), CHAdeMO, and AC fast charging.

Wireless chargers for electric vehicles work the same as cell phone chargers, both use inductive charging technology. One magnetic coil in the charger which is hidden beneath the road surface transfers electricity through an air gap to the second magnetic coil which is fitted underside of the vehicle. Drivers simply need to park their vehicle in a position where the coils are adjusted for charging to begin. The car could be parked several inches away from the charging point, and yet be accessed.

A pop-up EV charger is an innovation that could minimize street clutter; it rises out of the pavement when enabled remotely via a smartphone application. An EV charging company, Urban Electric Networks based in London, has developed a UEone on-street device that retracts into the ground when not in use, much like bollards.

Six pop-up chargers, offering fast charging measuring up to seven kilowatts (KW), were installed in Oxford in November 2019 as part of a trial, and the company plans to begin commercial production in 2021. They have claimed that there will be zero cost to councils for installation, supply, operation, and maintenance. In addition, to reduce the amount of pavement that needs to be dug up, the chargers would be installed in clusters rather than as individual charge points.

Roadside street cabinets could play a significant role in the EV revolution because they are fixtures in almost any community with an internet connection. The telecom infrastructure that connects a local public telephone exchange with individual properties to allow phone calls and broadband services can be converted to offer curbside charging points as well.

Deutsche Telekom, a German telecom company, announced plans to turn 12,000 street cabinets into charging stations in 2018. They say that each device will supply two vehicles with enough power per hour for a range of between 50km and 75km.

As per the report published in Jan 2020, Deutsche Telekom has already commissioned its first public electric car charging stations in Bonn and Darmstadt as it aims to build a nationwide network by upgrading parts of its existing telecommunications infrastructure to become charging stations.

In Europe alone, there are an estimated 90 million lamp-posts but most of them are under-used resources.

The EU harbours hopes of converting 10 million lamp-posts into smart EV charging lamp-posts. All of them will be equipped with Wi-Fi connectivity hubs. It alas has sensors to monitor air quality, water level, and flood monitoring, and smart lighting capabilities.

Lamp post electric chargers are potentially a cost-effective way of expanding the electric car charging point infrastructure, as it is claimed that they can be installed quickly and simply relocated based on local demand.

The scientists developed a battery that could “self-heat” to avoid below-freezing power drain during harsh weather conditions. The lithium-ion batteries may degrade very quickly when charged at temperatures under 10 degrees Celsius, results in “lithium plating” which causes a reduction in cell capacity as well as voltage spikes and unsafe battery conditions.

Whereas the self-heating batteries can quickly heat and cool themselves to enable optimum charging conditions and protect themselves from the damage that is usually caused due to heating the battery at a high temperature for a long period of time.

While many electric vehicle charging innovations necessitate cars being parked, a Swedish pilot has explored the possibility of charging on the go using electrified roads. Electric rails have been installed in the tarmac of a 1.25-mile road network near Stockholm by the team behind the state-funded eRoadArlanda project in Sweden.

A vehicle’s moveable arm senses the electric rail’s position in the road and charges it automatically when driving above it. Operates similarly to trams, but instead of being operated by an overhead line, it is powered by conductive feeds from the road below. The charging stops when the vehicle is overtaking or coming to a halt. After all these innovations in EV charging space, the automotive industry has more potential to transform the charging infrastructure. Organizations are continuously putting efforts into R&D to launch advanced and efficient charging solutions. In this era of advancement, eInfochips has been providing engineering services to the automotive industry for more than a decade.

eInfochips is working on multiple projects where we are providing electric vehicle charging solutions. We adhere to all automotive industry standards in the development process as per customer’s requirement- Autosar, ASPICE, and ASIL- Functional Safety. To know more about our automotive experience please talk to us today.

Vinka Jhode works as Marketing Executive at eInfochips. She mainly focuses on eInfochips' Automotive, Industrial Automation, Security & Surveillance product, and solution portfolio. She holds a Bachelor’s Degree in Engineering in Electronics and Communication from NIIST Bhopal. In her free time, she loves to spend time with her family and pet. 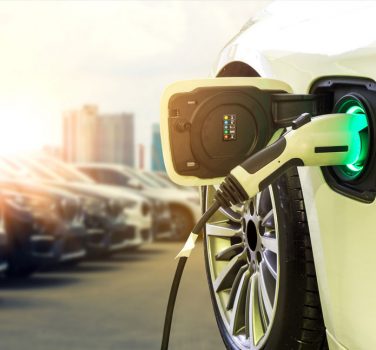 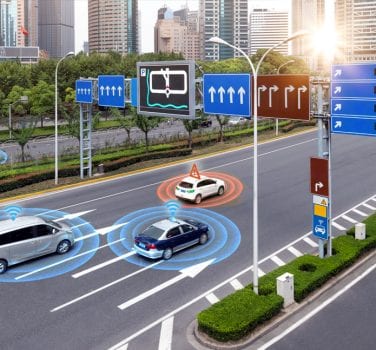 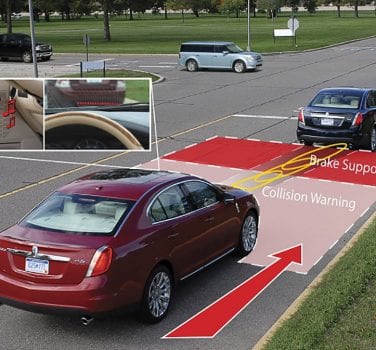